I've picked up an idea from my social media stream, rendering a bubble soup. for this example, I used the idea from Entagma's tutorial using a flip simulation for bubble soup movement.

the Flip simulation is quite simple and needs fixes to get correct with UV Distortion, but focused on the rendering part. the idea is quite simple using Fluids Dynamics to distort the UV on a sphere. a texture mapped on a sphere the UV's to drive the thickness of thin-film shader. I used the default ThinFilm feature of regular Arnold Shader. This makes the setup super simple, all you need is Spheres is distorted UV's.

the rendering from Arnold GPU is a little slow for GPU rendering but the Arnold CPU is extremely fast, the render time for HD was 12 seconds on superslow Xeon CPU. it's by far the fastest thin-film rendering on the CPU, I've seen so far. 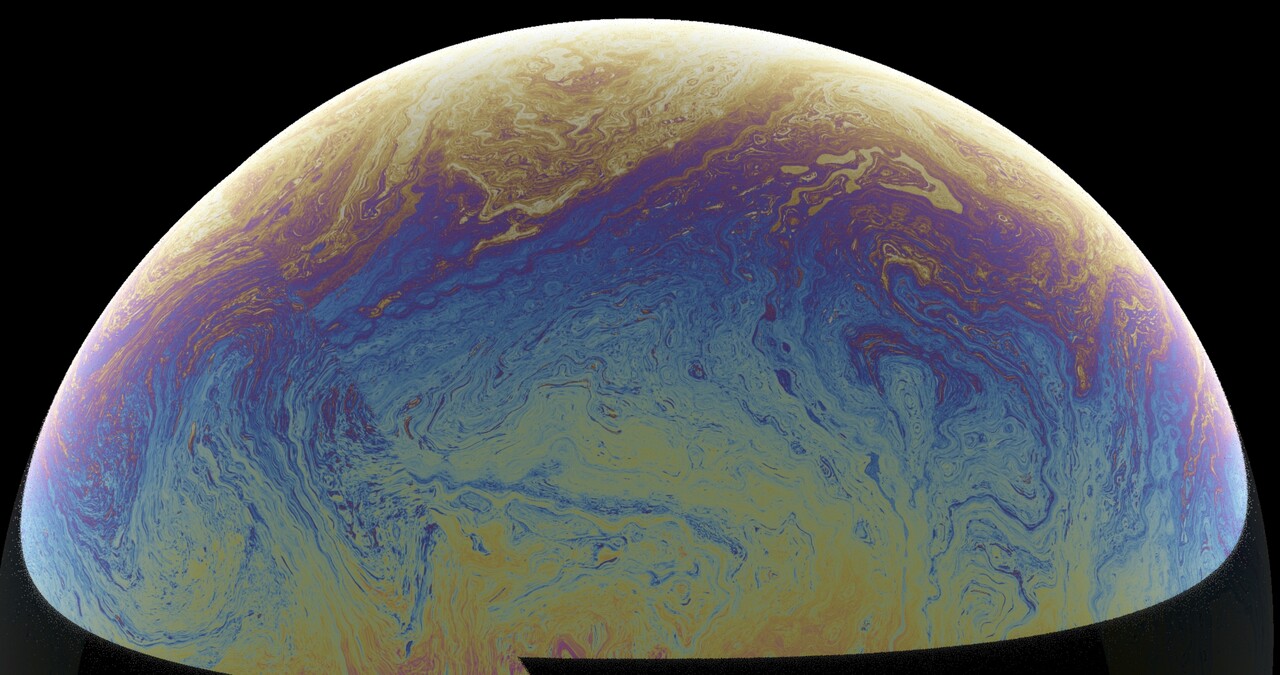 raw rendering. I need only AA sample of 1. below is transmission albedo, it quite graphics look on its own. 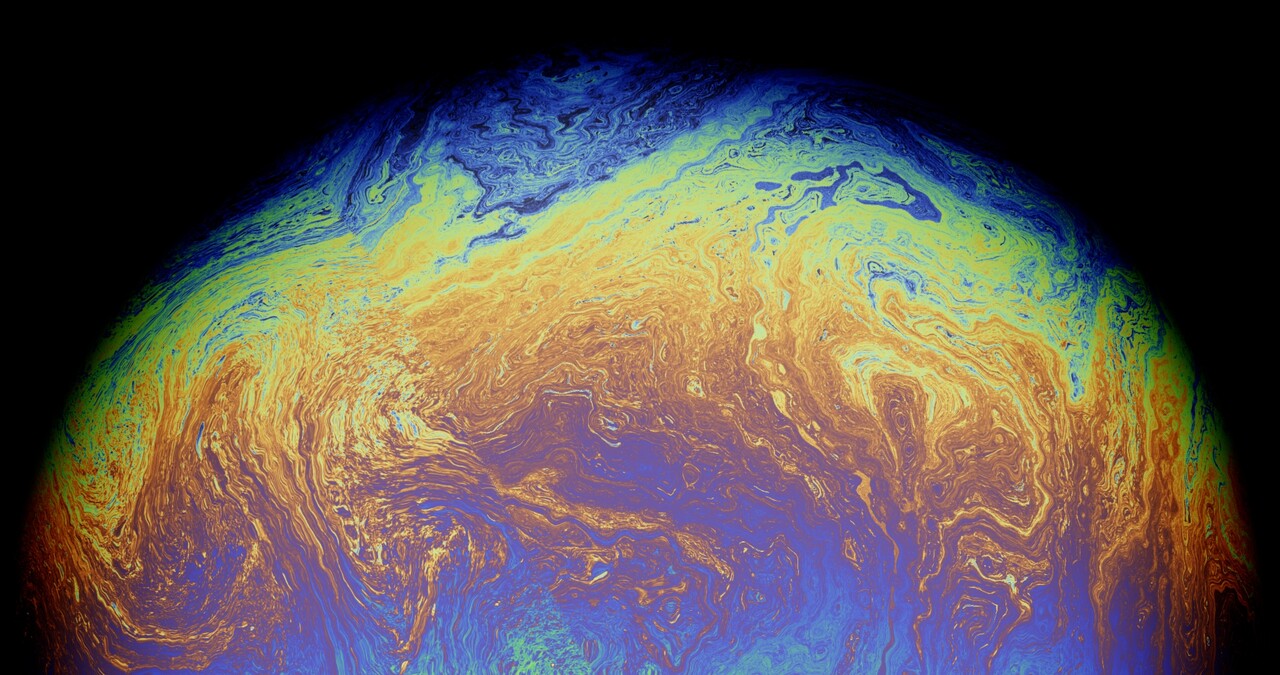 it almost looks like infrared images from the Nasa of Jupiter.

for the next iteration is will great the type animation / noised structure within the shader only. it should be easy to re-recreate the dynamics with noise fields.

The following Standard Surface shader settings were used to create a soap bubble.

Thin Film Thickness: 500 [nm]the thickness values will be replaced by the thickness attribute multiplied by 500.